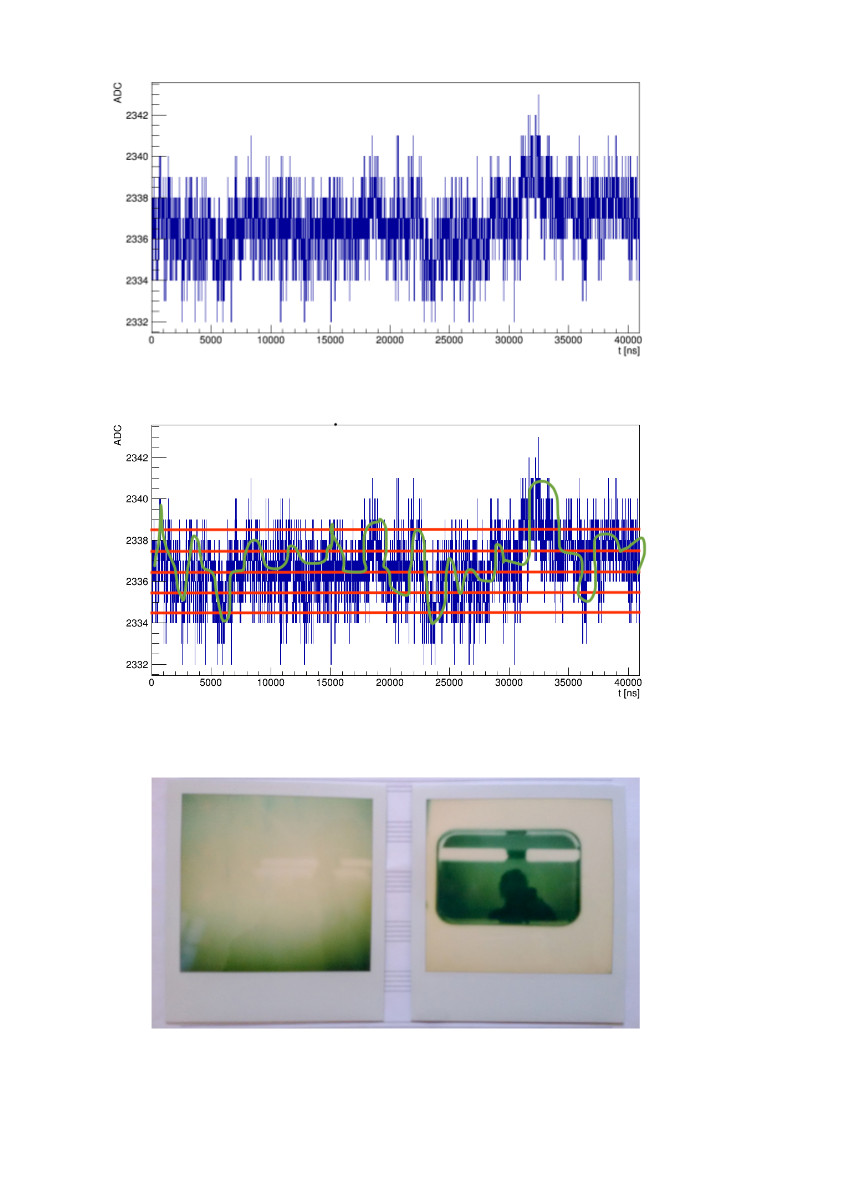 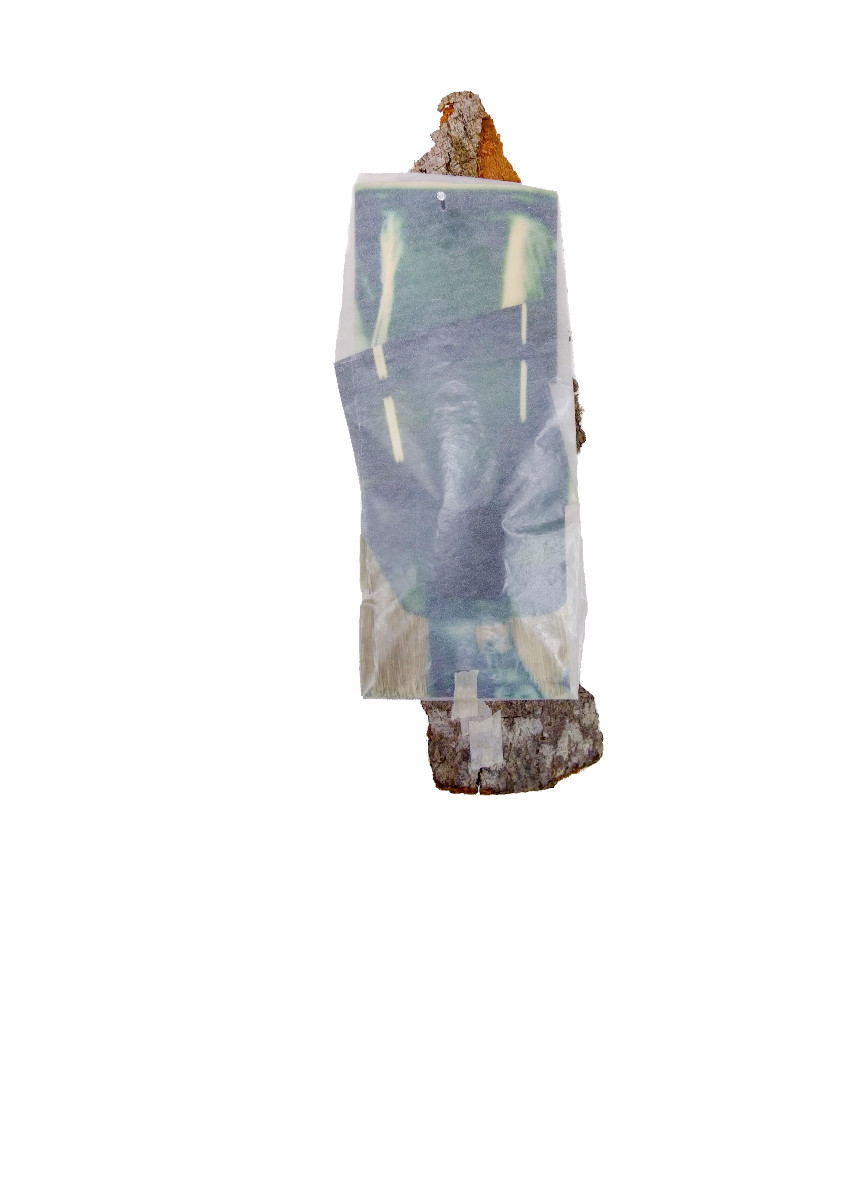 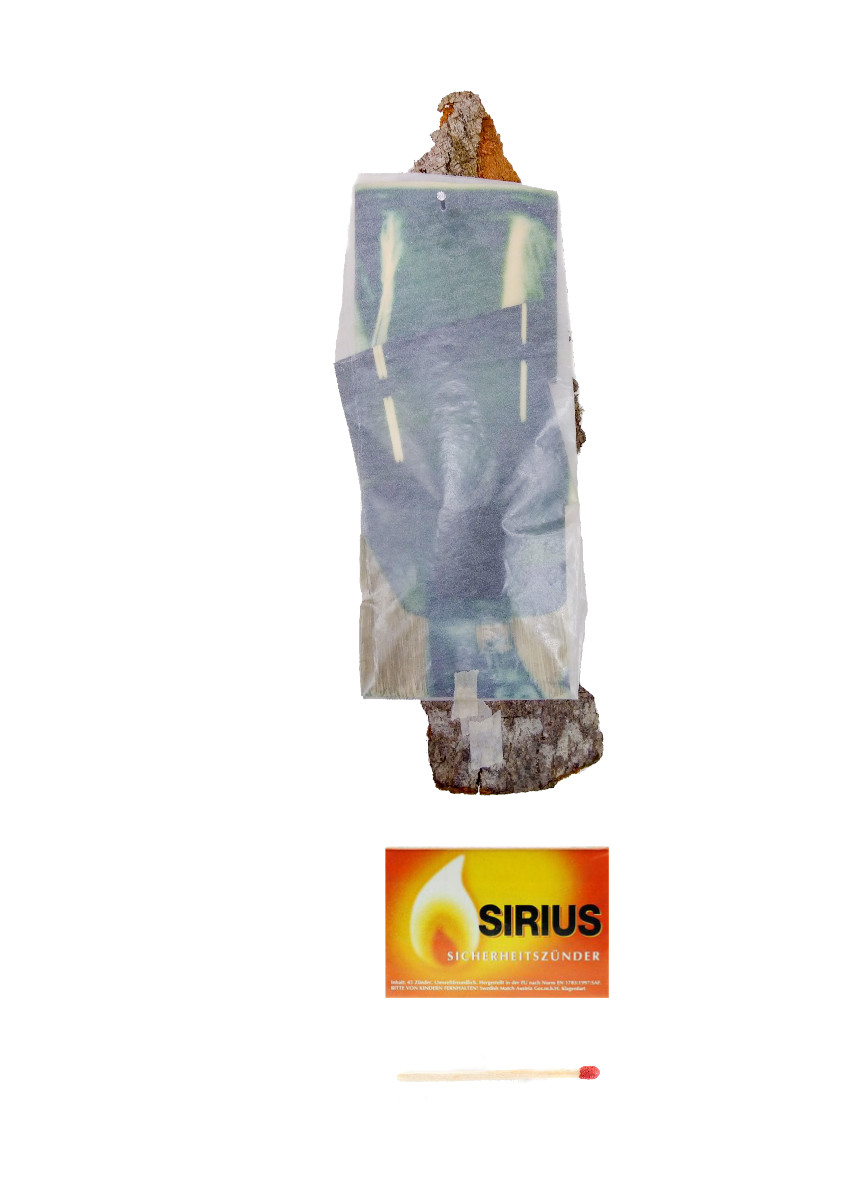 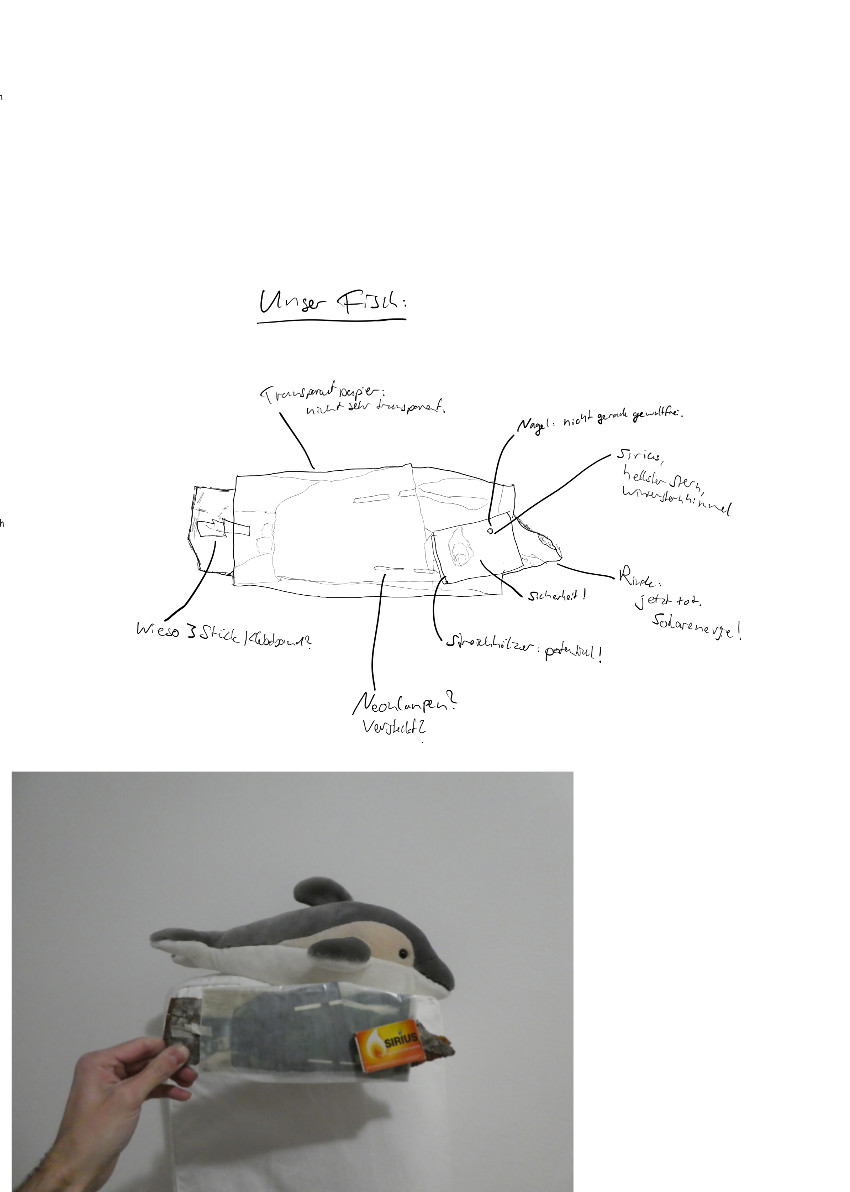 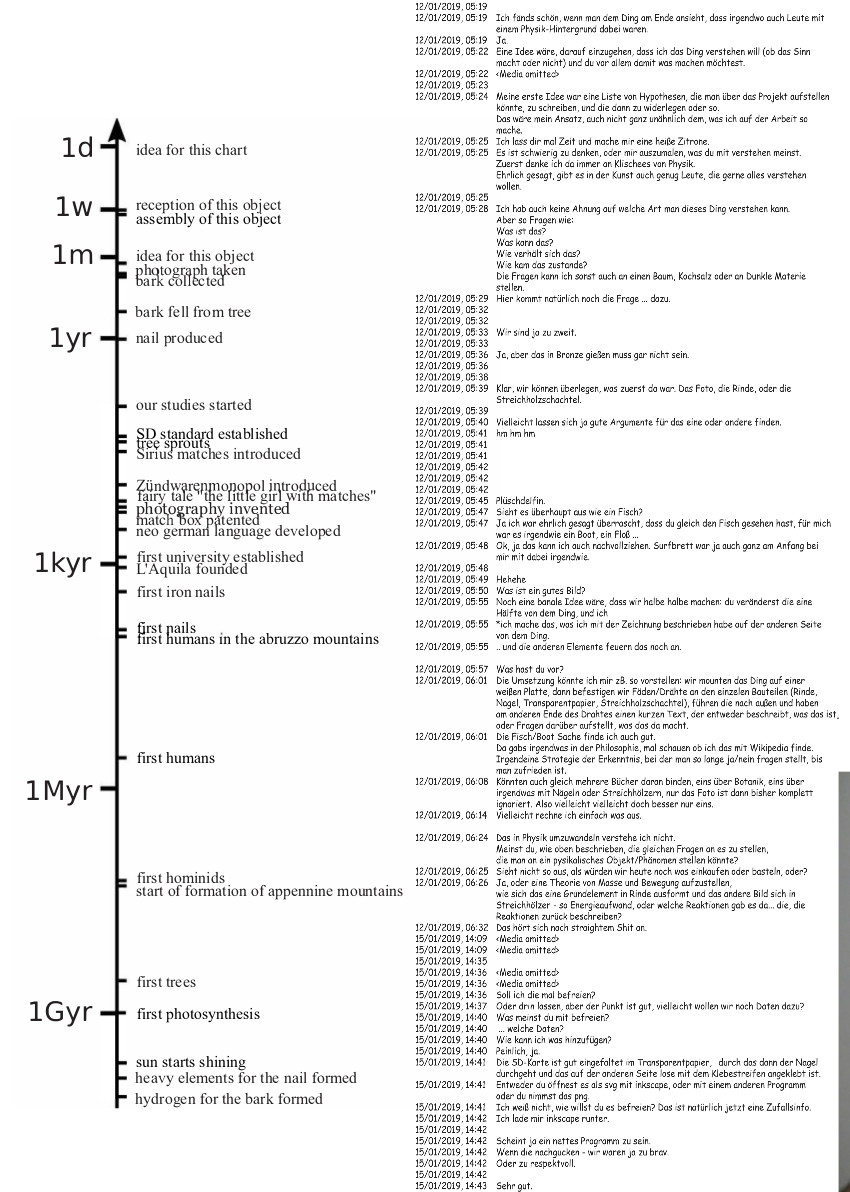 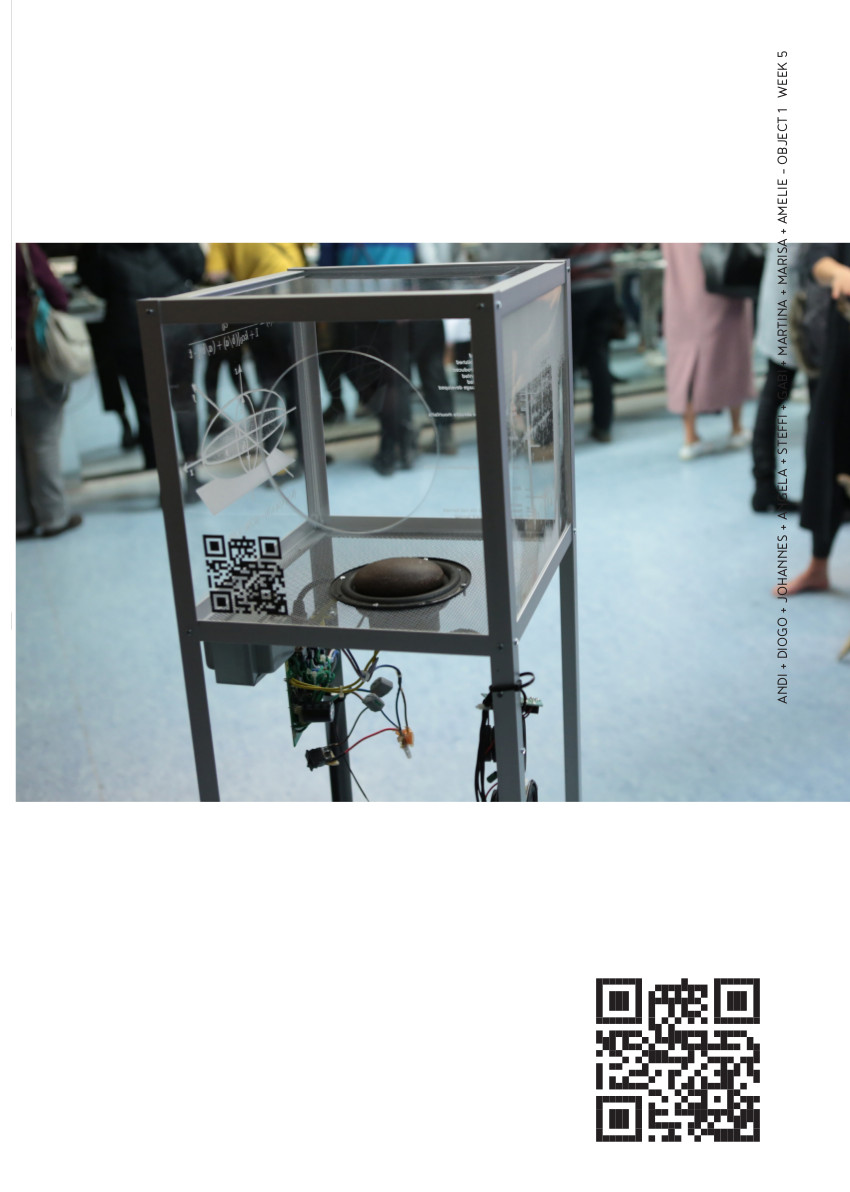 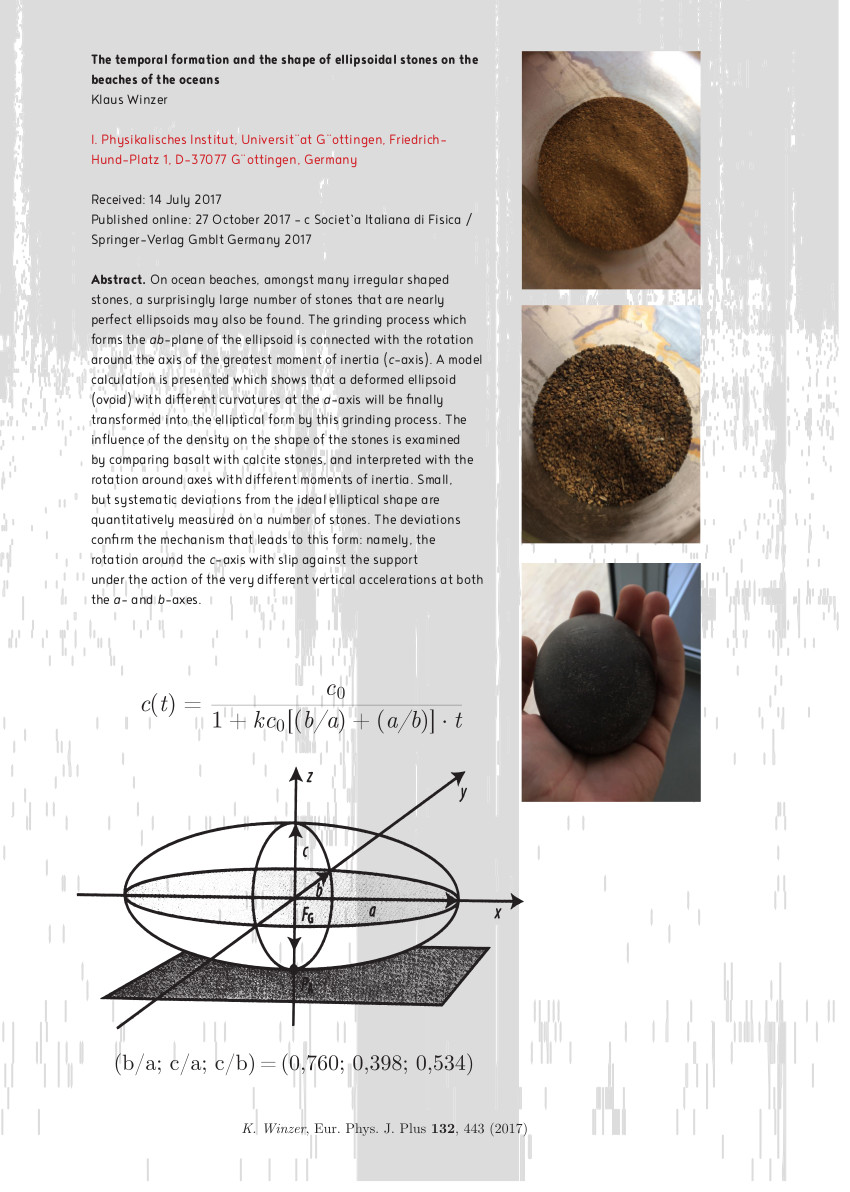 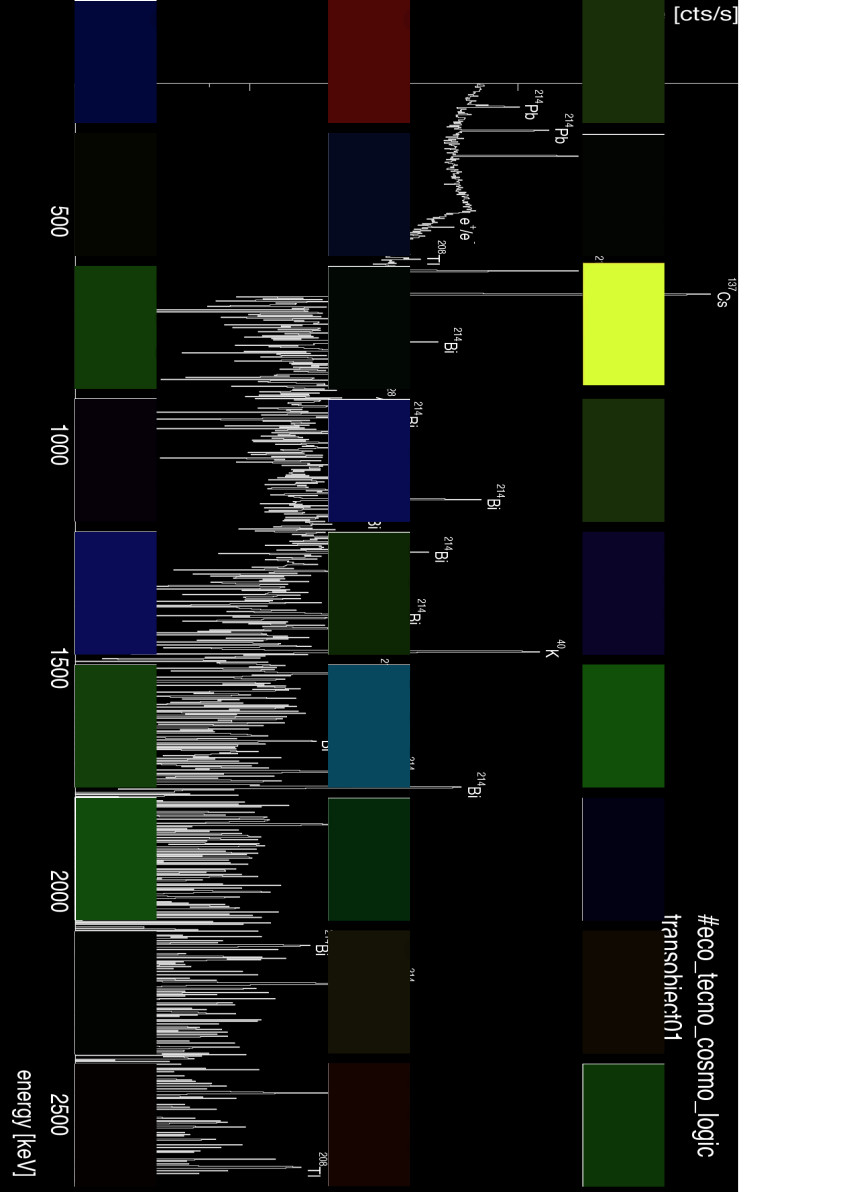 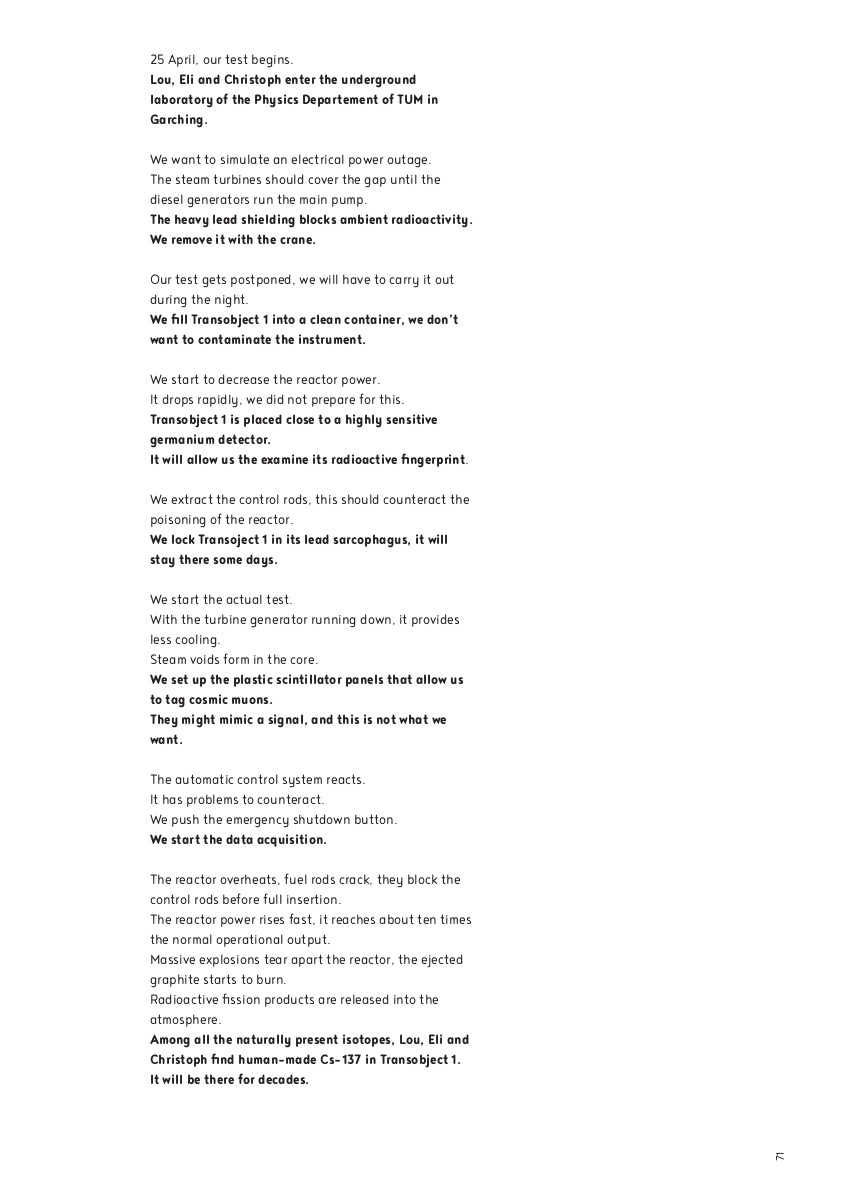 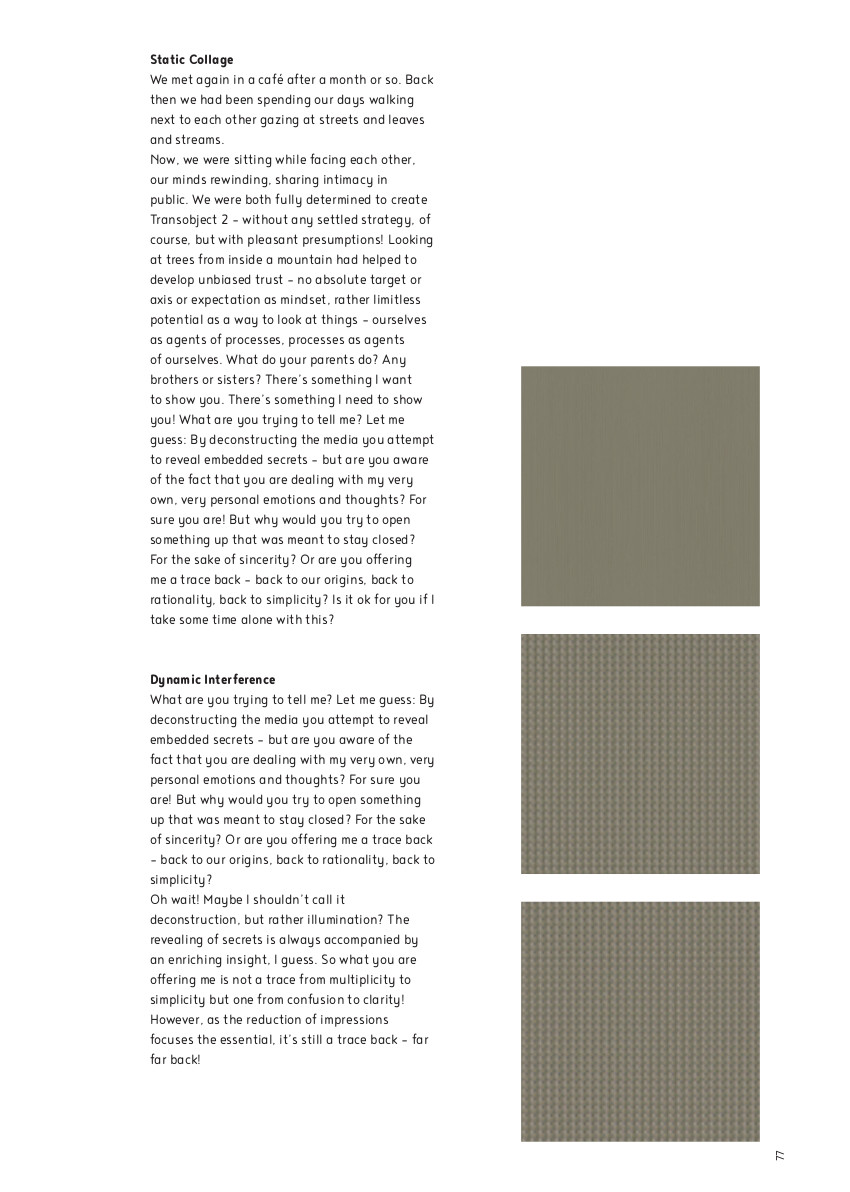 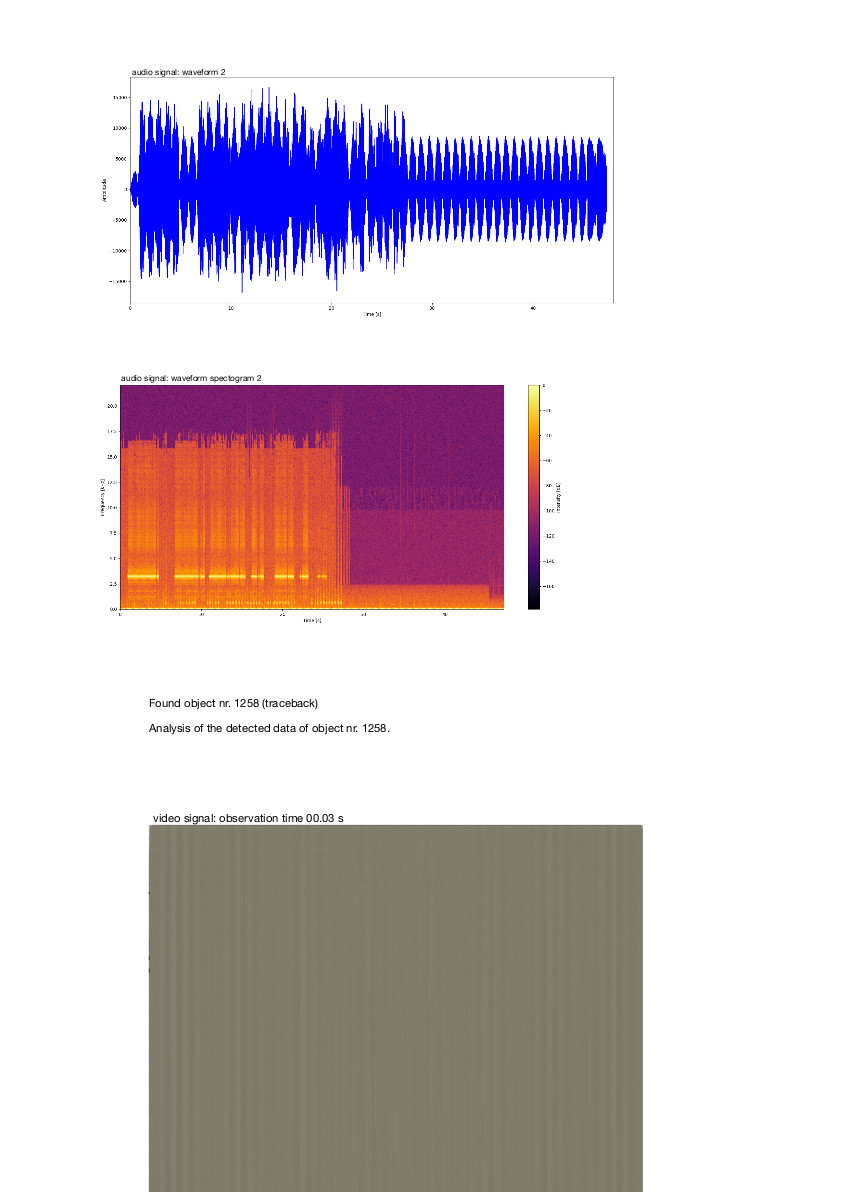 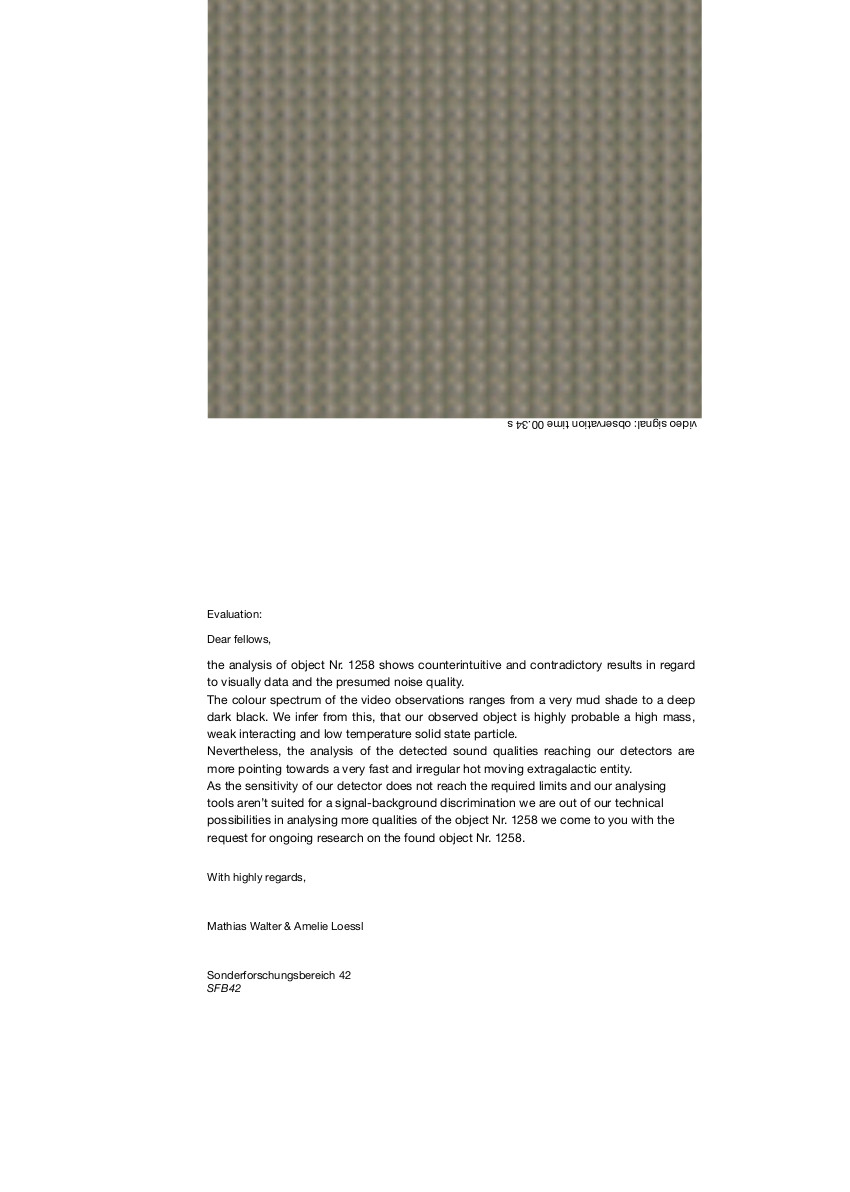 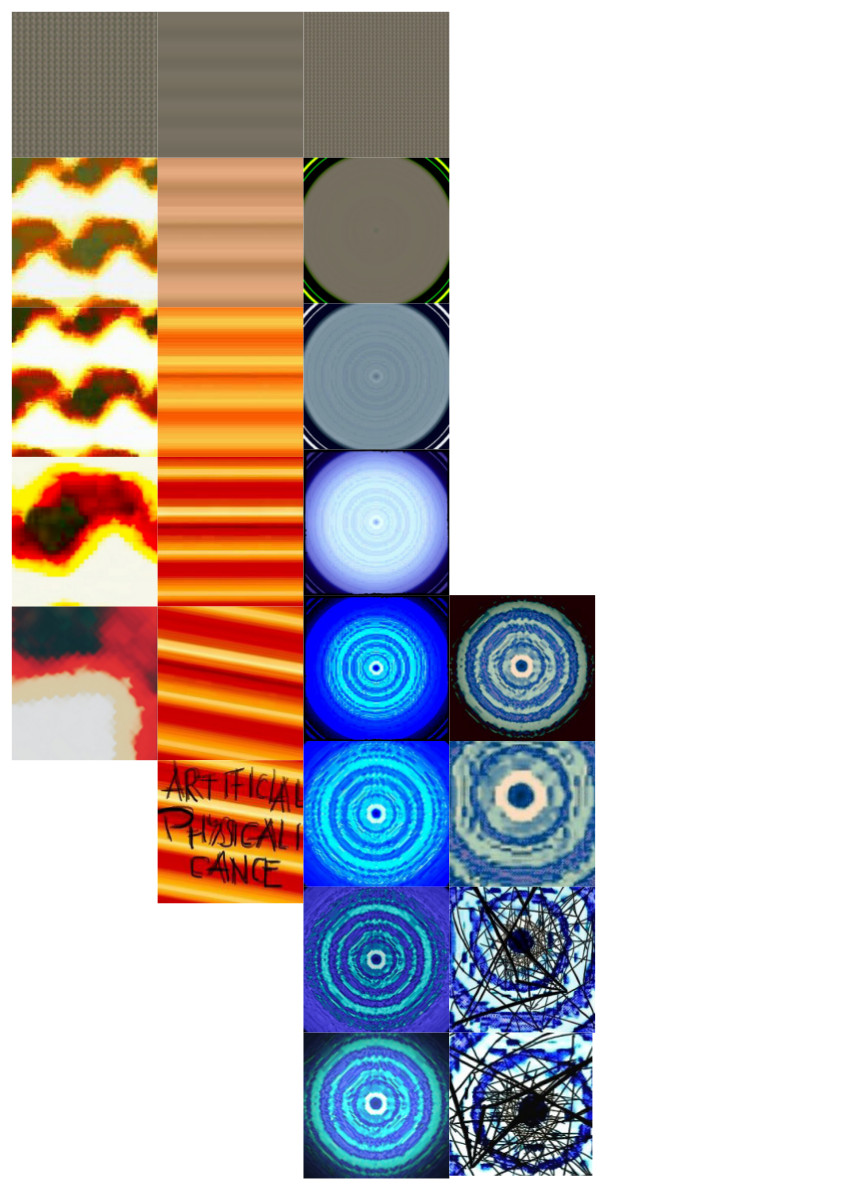 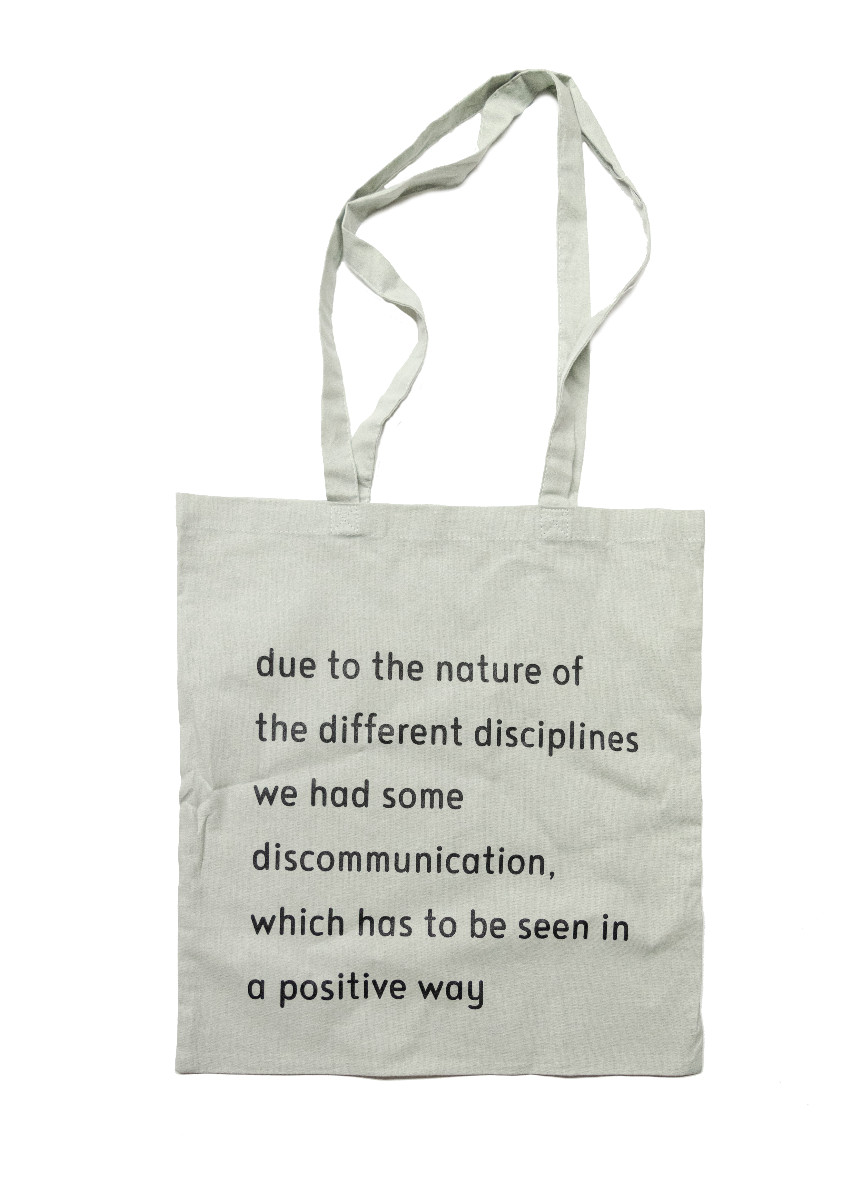 Following the workshop at the Gartenhaus of the Akademie der Bildenden Künste (AdBK) and the excursion to Gran Sasso mountain and underground laboratory in autumn 2019, the group of physics and art students from the SFB42 came up with the idea of the 'transobjects' as a method of working together.

The underlying idea was: Five random pairs of physics and art students started, creating within one week an object each - a system, a drawing, a theory, a sculpture, a performance, a video, a photograph, a text, a thought. At the end of the week, they passed it on to the next pair of physicist/artist, together with the information on the object the pair wanted to give.

During 'their' week, the pairs were free to transform the objects in anyways they wanted, handing it over to the next pairs at the end of the week. And so on. After five weeks, five transobjects with intermediate transformative states emerged. (The series of states of transobjects #1 and #2 are shown on the left.)

The group presented the 'transobjects' in a performance evening at the Reaktorhalle on 9 February 2019, framed by talks by Dr. Susanne Witzgall (AdBK) and Jol Thoms, supervisor of the project.

Impressions of the presentation of the 'transobjects' in the Reaktorhalle on 9 February 2019 (photos: Andreas Heddergott (1, top left), Constanza Meléndez (5))